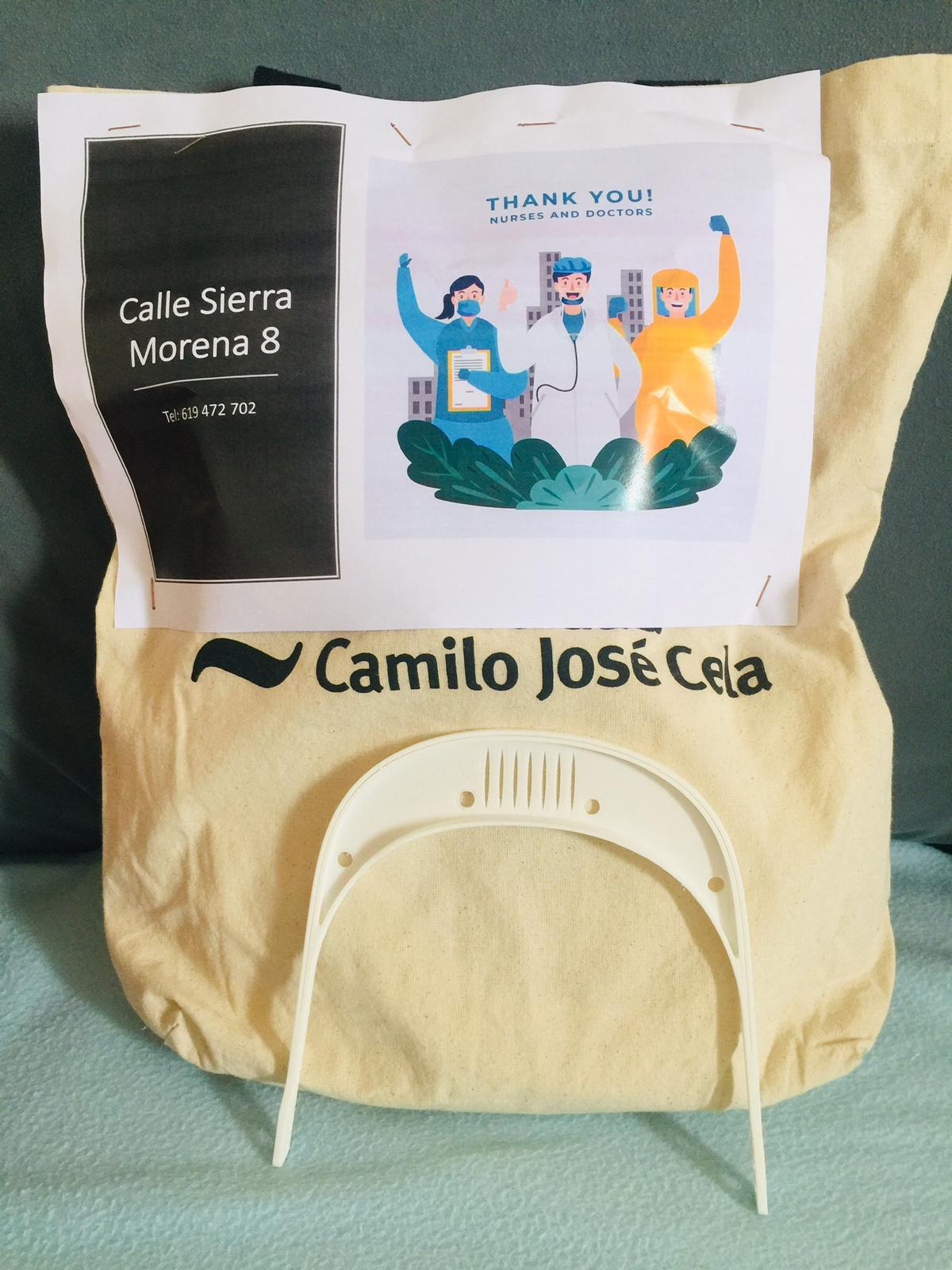 The face-to-face classes had been suspended, the university had lost its usual rhythm, its spaces were empty, and few students remained in the halls of residence. Among the few residents of the Villafranca Campus were Munir Aboulkeir, Camilo Chaverra, Khan Alkozee, Amrou and Lutfullah Salimi who continued to attend their online classes.

Social media worked at a dizzying pace with news about Covid-19, and between hoaxes, advice and memes we began to receive news about how to collaborate to alleviate this crisis. NGOs, universities, companies became seedbeds of projects to meet emerging needs.

One of these messages reached the hands of Alejandro Delso, Project Manager of SEK Education Group, who immediately saw the way to include the UCJC in one of the citizen platforms that emerged spontaneously.

Our students joined the over 15,000 volunteers making up the Makers Co Vida Contra Coronavirus Platform, putting to good use the 3D printers that lockdown had left idle in the laboratory.

As Lutfullah Salimi tells us, the first steps were the most difficult, as none of the students had previously used these printers. The instructions to print the visors came via Telegram, the most advanced in the field, who were in charge of sending the files with the design of the approved masks. The configuration of the printers was the greatest difficulty and once it was overcome, production began, counting on a team from UCJC made up of 4 students organised in shifts.

One of the characteristics of this initiative, like many others that arise to collaborate in the fight against COVID-19, is community work:

“In each area, there is a group of people who collaborate in this project. For example, in Villanueva de la Cañada there are like 8 or 9 people who have 3d printers and are printing. We share an Excel file, which we update every time we have 15 masks created. “ Lutfullah tells us.

The first 15 masks were already made. The police were in charge of collecting them and sending them to the colleagues who were making the screens. 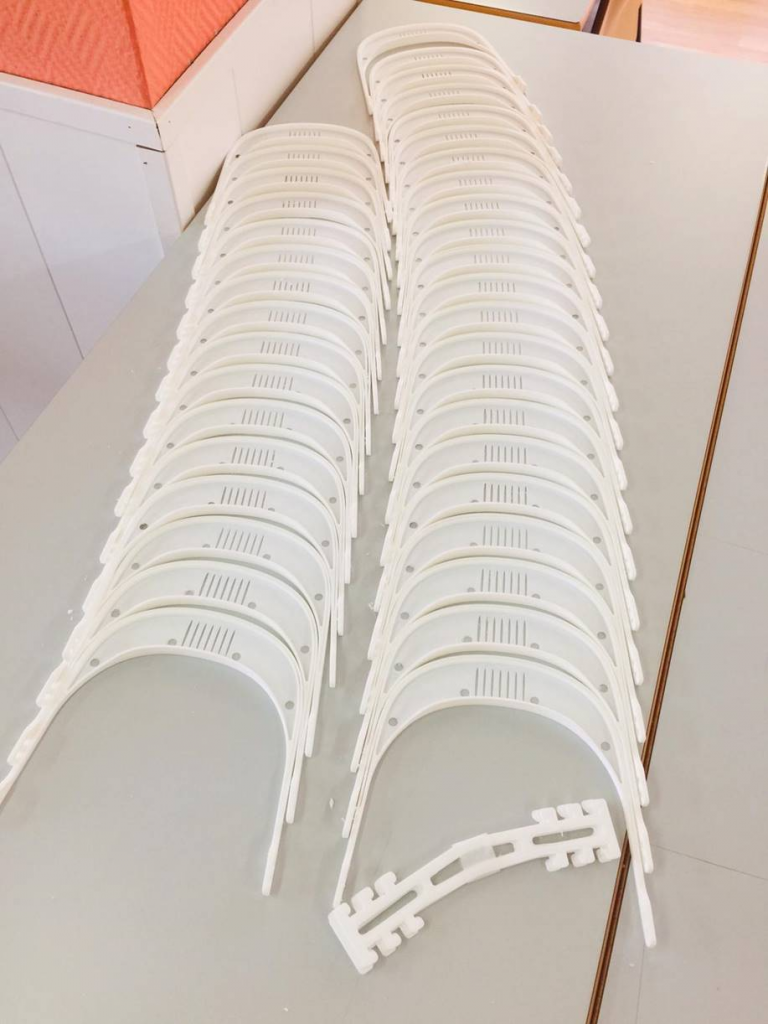 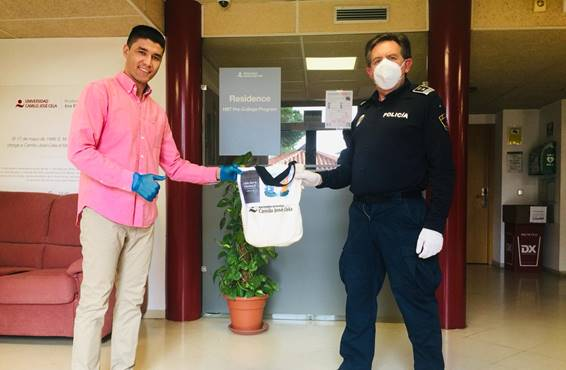 Once assembled, they were sent to the different institutions according to the needs of the moment. Right now, Villanueva de la Cañada, Brunete and the Majadahonda hospitals are covered, so our masks are sent to the south and the mountains of Madrid.

The production does not stop, our students continue working as long as the material reaches and there is need. And although it is a situation that we would not have wanted, we can be proud of the results, in the words of our student:

“We are doing our bit and it feels very good, collaborating on projects like this” 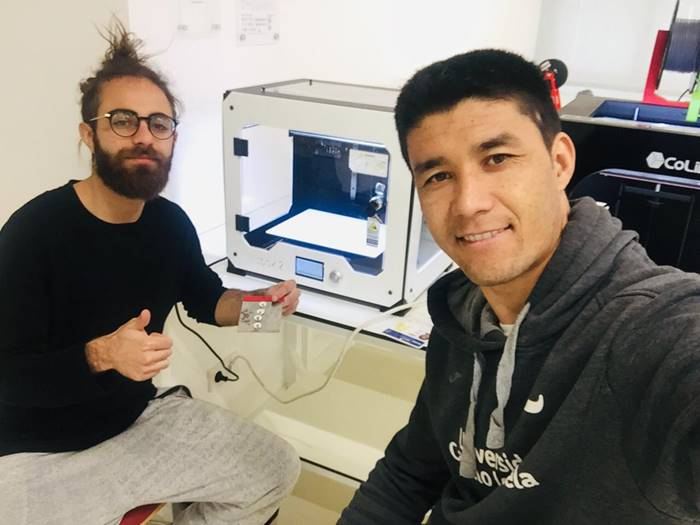 “Thank you team for your work.”